A CARNIVAL AMIDST RUINS

The hierarchy of power in international affairs and economy is reflected in the domain of culture. The unconvincing means used to legitimise creative industries in the core countries are even more questionable in the pauperised post-socialist periphery, producing more dramatic effects all the while. By adopting harsh austerity measures and imposing a hostile attitude towards local cultural institutions formed during real socialism, the official cultural politics provide the local and international organizations for cultural management with extensive privileges in cultural production, thus leaving the cultural workers to their free will.

CREATIVE INDUSTRIES – A SOLUTION OR A PART OF THE PROBLEM?

The beneficial effects of creative industries on the local economy, urban revitalisation, youth unemployment, and attracting foreign investments are promoted in statements made by cultural managers, public strategies, and academic curricula alike. They consider creative industries to be the booster of urban regeneration, which induces the development of cultural tourism and the implementation of the creative cities concept.1

By describing creative industries as an activity based on active and autonomous contribution of free individuals to their economic and social surroundings, the creative industries’ advocates blur the structures of political and economic power which restrain and instrumentalise the activities of cultural workers. Their optimistic interpretations, limited to the economic significance of creative industries and cultural entrepreneurship, de-contextualise the rising importance of the tertiary sector of the economy from the preceding crisis of agriculture and industry which preceded it; and the positive aspects of creating new business opportunities from the downsides of the aggressive expansion of the free market to all social functions and goods – more concretely, the commercialisation of art, culture, fun, communications, free time and urban space.

Most of the contemporary explanations of the phenomenon of creative industries vary elements of the definition formulated by the so-called Creative Industry Task Force in the late nineties, at a time when Great Britain expressed its resolution to back up the economic growth in this newly acknowledged domain. From early on, this concept was criticised and exposed as a result of a “mature Thatcherism”, since it narrowly focused on extracting and enlarging economic profit from the activities which had rarely been identified as commercial and entrepreneurial previously.2 A negative meaning of cultural industry3, from which the concept of creative industry evolved, has also been brought into question during the nineties, when cultural imperialism was replaced by a more subtle concept of globalisation. 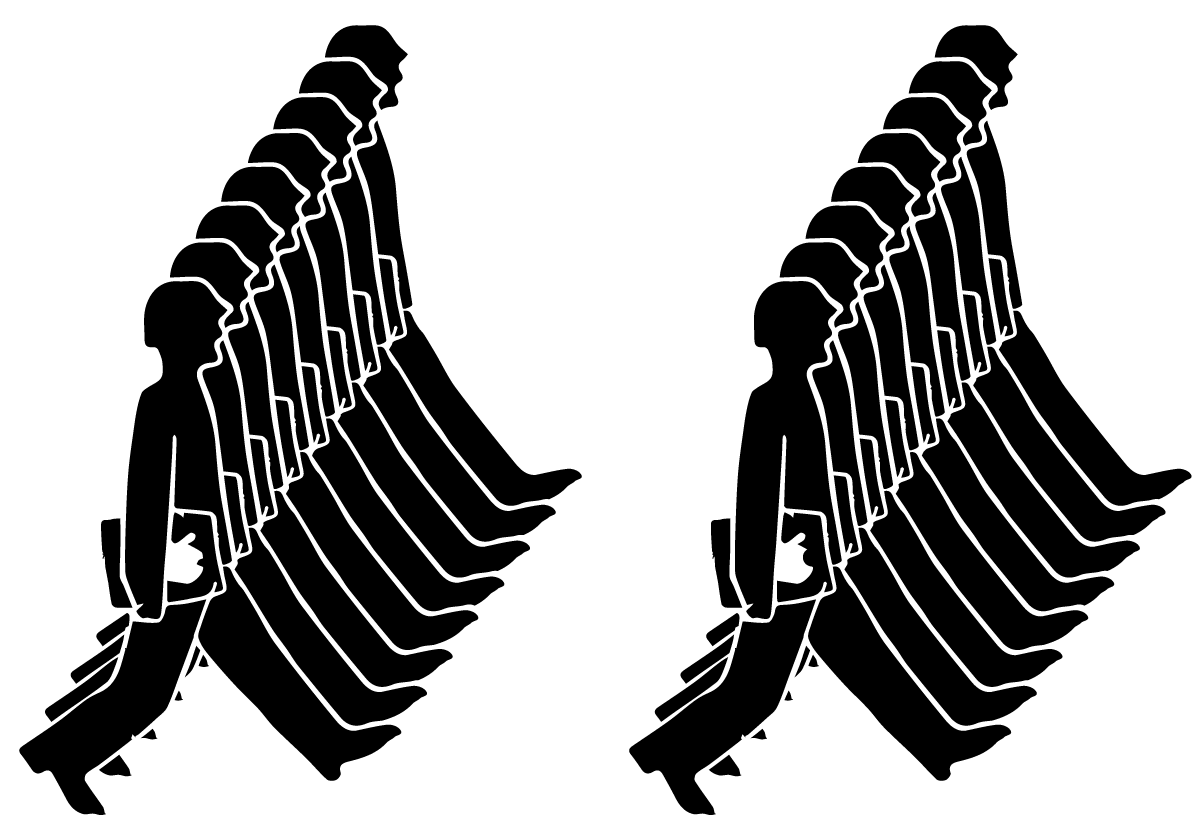 Globalisation stands for a high level of global economic integration and the emergence of hybrid cultural forms forged under the influence of the cultures of the developed countries. Parallel to these integrations, which cause the transformation of relations between different administrative entities, a financialisation of economy takes place, motivating cities to compete for a portion of the financial resources provided by the global financial markets. The creative city concept, namely, signifies a city which relies on attracting direct investment and rich consumers, instead of relying on the material production (the primary and the tertiary sector of the economy) in its geographical surroundings. By identifying the abovementioned local culture as an economic resource, such cities compete for funding for carnivals (such as the European capital of culture), allow the spectacularisation of their historical heritage, and initiate the processes of gentrification.

The process of gentrification renders the poor and derelict neighbourhoods more attractive for rich investors, while the previous inhabitants get thrown out either by crude force, rising rent, or cost-of-living increases. The so-called creative class (mostly young workers in culture and IT industry) is encouraged to inhabit the area in the primary phase of gentrification, thus contributing to the rise in its symbolic capital and increasing the visibility of such a neighbourhood on the seemingly endless map of potential space for investment. The creative class provides marketing for the neighbourhood in exchange for the temporary right of occupancy. In the following phase, this class is wiped out by the financial class, the moment the latter recognises the possibility to profit by flipping or indebting the regenerated space in question. Such gentrified neighbourhood soon becomes too expensive, or even physically inaccessible for “plain” inhabitants, who, nevertheless, still have to invest in it since the city retains the obligation to provide for the infrastructure and communal services.

The destruction of humanistic and universal narratives, and the proclamation of the failure of the welfare state and real socialism, together with the already described restructuring of the levels of management, legitimised the narrow perspective which so cynically focuses on the increase of money flow in particular city areas.

CULTURAL MANAGEMENT BETWEEN LABOUR AND CAPITAL

Global integrations, followed by the difficulties in harmonizing the institutions and actors in different levels, inaugurated the significance of cultural managers, who appear as the link between labour and capital also in Belgrade. During the last few years, different organisations for cultural management have concentrated their activities in Savamala, initiating the first phase of gentrification. Independent cultural spaces (Magacin, KC Grad…) were followed in step by foreign cultural centres’ and foundations’ projects, after which the used-to-be industrial warehouses and stores were flood­ed by coffee shops and night clubs, transforming Savamala into a nightlife centre and tourist attraction.

In their projects the creative industries often address the “issues of the day” and practices of public importance, such as civic participation and urban activism. They successfully present themselves in public as democratic and participatory, although the testimonies of their participants (Mixer, Urban incubator) speak in favou­r of a conclusion that they are, in fact, hierarchically organised structures with a bureaucratic division of tasks. The actual absence of small actors has been frequently pointed out – what exists are, in fact, groups of cultural workers organized artificially, from above.4 Horizontal organising and activism usually only serve a marketing strategy for attracting liberal and affluent young public, whose need for socialisation through revolt has been a source of profit for the cultural industry at least since the sixties. The coalition of creative entrepreneurs of Savamala, in fact, expresses their surprise with the Belgrade waterfront project – or at least its endangering scale- failing to notice their own contribution to the spectacularisation of this neighbourhood. They invite the investors5 from the UAE to a dialogue with “the people who have erected Savamala from the ashes and made it a true urban pearl of the Balkans”, presenting the defence of their own benefit as a struggle for public interest.

A certain amount of animosity towards the projects of these organisations is provoked by their hypermodern, superficial aesthetics which suggests a brake up with all forms of local culture. Something in their attitude radiates despise towards the more traditional types of art and modernist, socialist aesthetics alike, causing an impression that the spectator is dealing with a fake, an uprooted form which exclusively serves and belongs to neoliberal globalisation. That something isn’t the minimalism and contemporaneity of their form per se – these could in fact also be used in a progressive manner – but the separation of their aesthetics from the logic of function and production, blassé attitude6, a smug and careless carnival amidst ruins. Organisations such as Mixer, Urban incubator, KC Grad, HUB 12, Nova Iskra (to mention a few) advocate market liberalisation and individual entrepreneurship, following the example of more affluent surroundings – failing to notice that the success of such models in the given, local context, is highly questionable, and omitting the fact that they largely rely on local and foreign public funds, and use lent state owned spaces.

Inspired by the rise of urban standard in the “more humanely” gentrified communities in Berlin, Prague or Budapest, the advocates for creative industries in Belgrade skip a few important facts. These Mid-European cities received large, politically motivated, donations in the beginning of the nineties, at the time of economical prosperity in Europe. Prague and Budapest, also, belonged to a group of cities whose economy has been rapidly tertiarising since the seventies, and which attracted a number of affluent businesspeople from abroad, due to their favourable geographic position. Besides the fact that Belgrade, whose relative importance plummeted since the beginning of the nineties, could not possibly expect similar development, the ethical justification for promoting harsh spatio-social stratification, such as the one that followed gentrification in Prague and Budapest, is questionable to say the least. 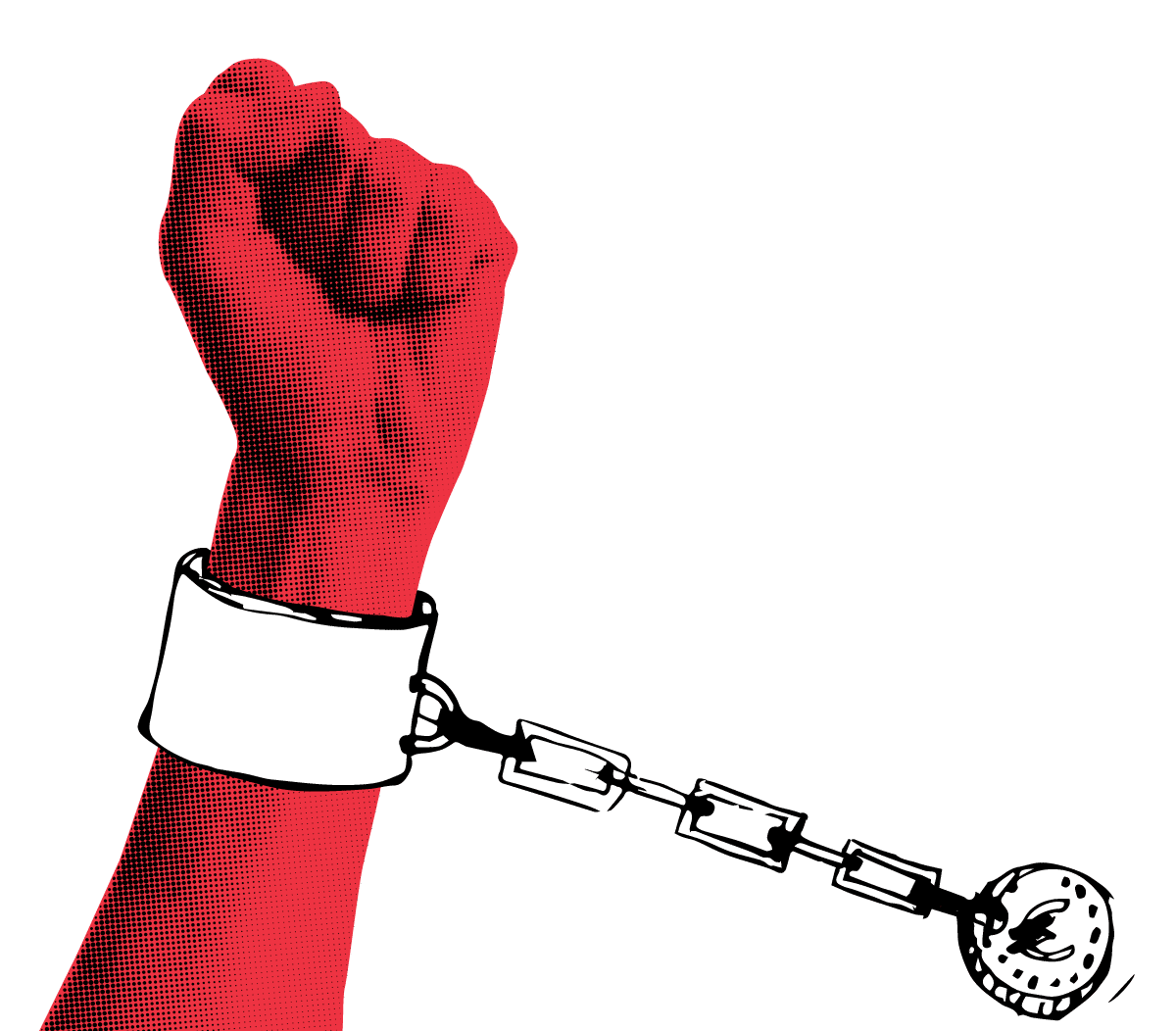 IS THERE AN ALTERNATIVE?

The local and regional organisations for cultural management contribute to the commercialisation of culture, free time and urban space in cooperation with a (neo)liberally oriented state and city administration, thus, with the help of foreign foundations, sucking the cultural production and city space into neoliberal modes of governing, and preparing them for direct privatisation. Foreign foundations, all the while, reap profit from a palpable social anomy and distrust towards the society and the institutions, and a combination of local revanchist attitude towards the institutions of the socialist public sphere (houses of culture, etc.) and a bureaucratic blindness of the supranational organisations for the local specificities and more nuanced needs. The hierarchy of actors and the institutional frame prevent limited activism to overstep its strict boundaries towards a critique of a system within which international relations from the domain of politics and economy reflect on culture, enabling a patronising relationship towards the poorer parts of the post-socialist region.

In a time to which Bauman refers to as fluid modernity – an epoch in which the fast changes of rules outrun the person’s ability to adapt – creative ingenuity might be a general necessity, but it bears fruit to just a few. An authentic creative strategy which would challenge the ongoing capitalist crisis must abandon the TINA (there is no alternative) dogma and the modes of grouping and production which conform to it, including the creative industries, and reclaim a right to collective artistic and activist practices in public space accessible to everyone. 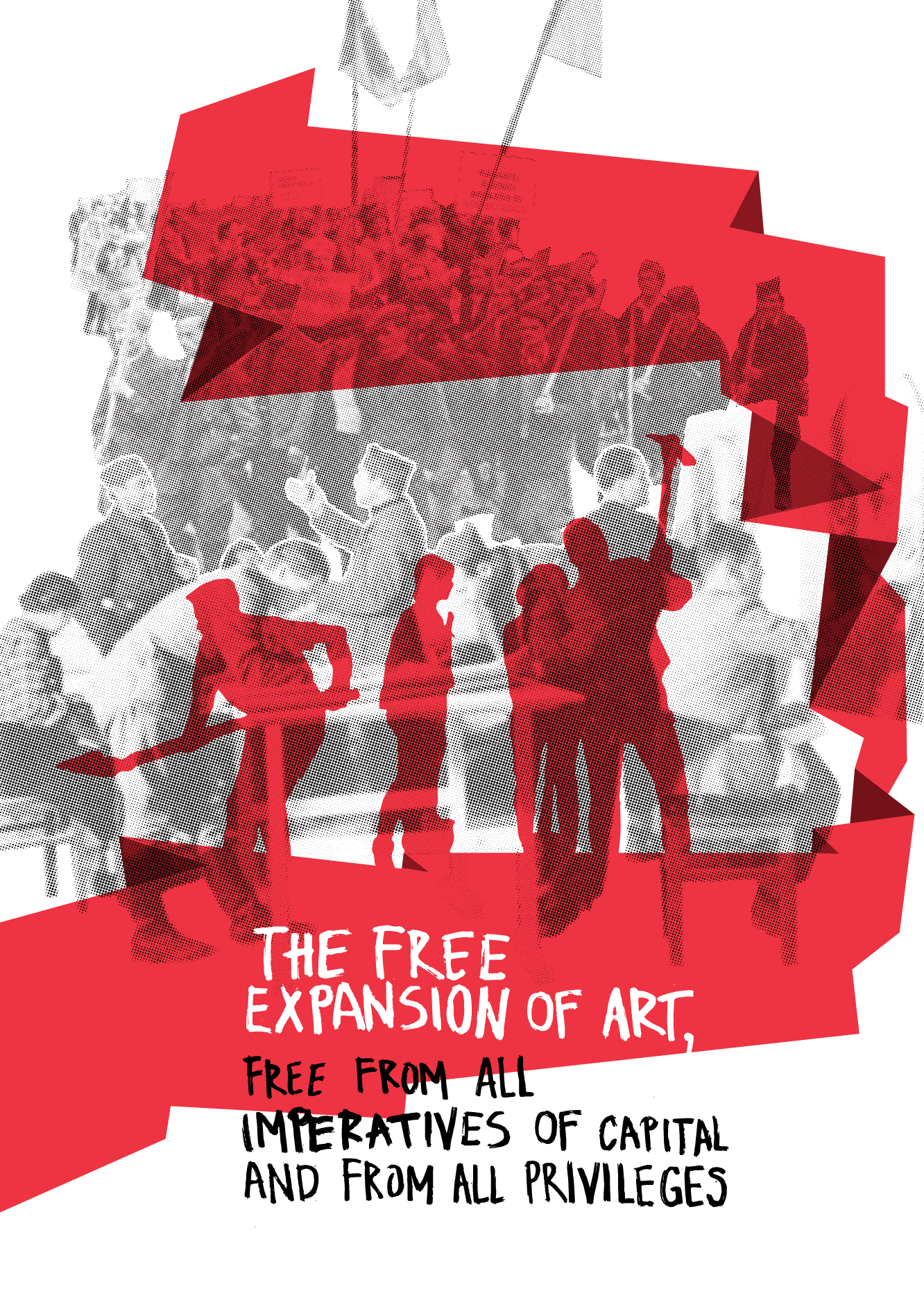 The special edition of Wall Newspapers, translation of Issue 11, “A Carnival Amidst Ruins” was first published in printing edition in May 2016 in 300 copies. You can find layout of printing edition on this link.

This number is produced under the program ACtopolis BEoGRAD part of project ACTOPOLIS – The Art of Action organised by Goethe-Institut and Urbane Künste Ruhr, production Goethe-Institut Belgrad.