In the historical moment of global economic crisis and austerity measures we are witnessing different forms of deprivation of the right to work, increase of poverty on the periphery, but also formation of a variety of fronts by the workers and the oppressed across the globe. The question is how art could support this struggle, provided we understand that it is common. A way of awakening is the very act of asking the question. When we form the question from professional positions of one who deals with moving images, there is a demand for a critical reassessment of professional field and methods of action, our own positions and goals. Analysis of own position requires an awareness of historical and social situation not for utopian goal (what we want), but in order to analyze what we do and what we could do.

Isidora Ilić is a filmmaker and video artist, writer and self-employed cultural worker based in Belgrade. Her core interests in procedures of art politically, self-education and collectivism are often questioned transdisciplinarily. Ilić works with Boško Prostran under the name of artist duo Doplgenger. 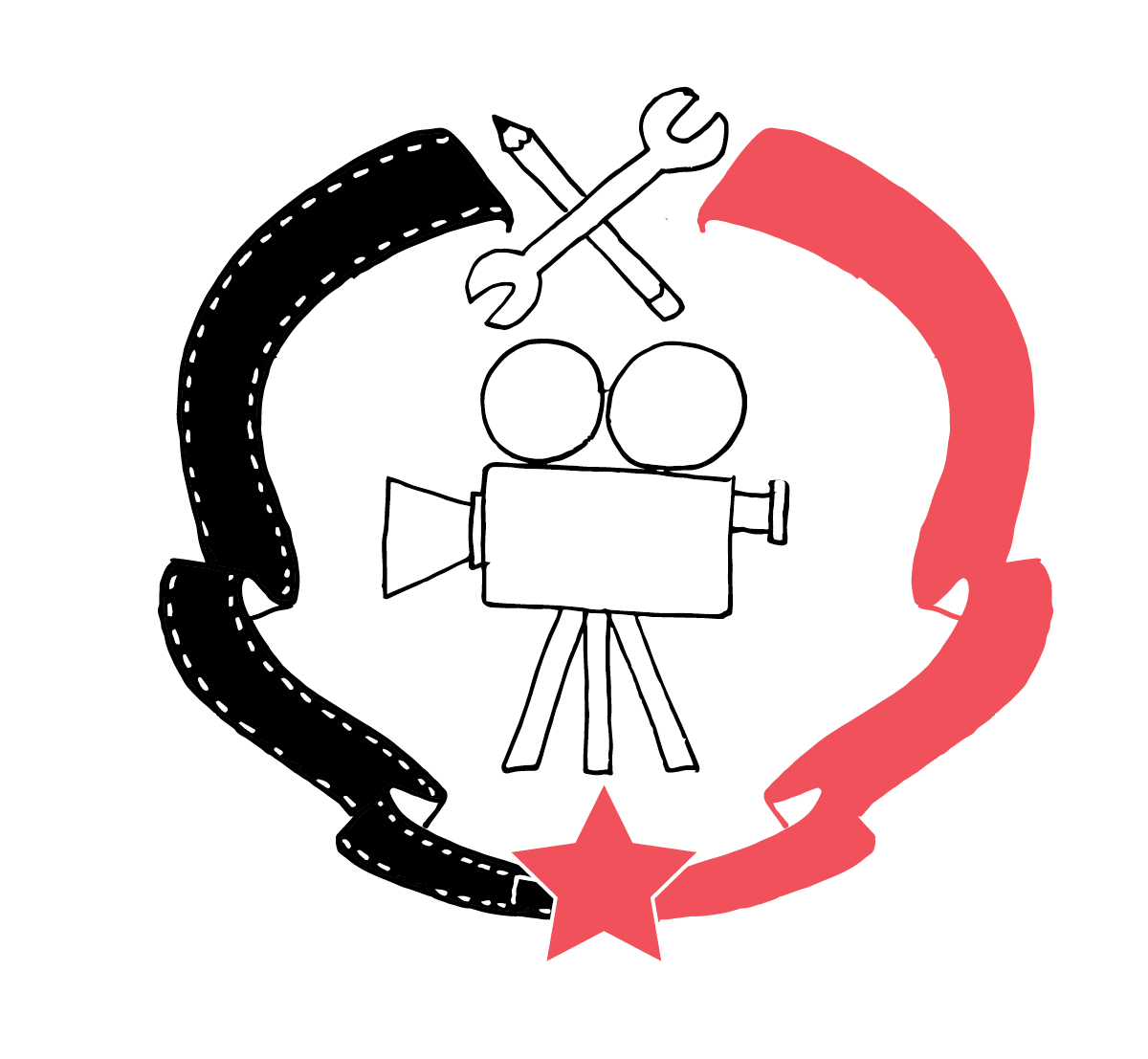 Two symbolic deletions are imprinted in one of the first films in cinema history – “Exiting the factory” by the brothers Louis and Auguste Lumière from 1895. These first recorded moving images show workers leaving the workplace, they omit representation of labour and by it establish questionable relationship between cinema and workers, film and labor. By concealing the production process film stays true to its own nature and the way in which almost the whole art exists – film as a completed product always clears its inscribed traces of production process.

Another deletion occurs in historic flow of information transfer. The full title of the film reads “Workers Leaving The Lumière Factory in Lyon”. The factory is very concrete factory and belongs precisely to those who were filming the movie in 1895. These workers actually were working for them and, thanks to their surplus labor, the two industrialists could commit to making movies. This fact not only questions the representation and the right to representation, but introduces the issue of the means of production. Invisible process of film production is always collective labour and generally requires a lot of money. At the beginning of Godard and Gorin film “All’s Well”, a film that examines the possibilities of introducing workers’ struggles, the checks are listing professions involved in the film-making and a certain sum as compensation for labour.

The attempt of film form, which essence Eisenstein saw in the montage, to “awaken” the individual ends in a similar reproduction yet a different ideology. Eisenstein called montage – as a juxtaposition of two images – dialectical materialism and recognized the same procedure in historical events of social and revolutionary changes. Montage expresses the very process of thought, i.e. way of forming thoughts in viewers. The viewers are shocked by montage cut and made to realize their own social position. Montage is a means of propaganda, political agitation, and thus the reproduction of ideology. 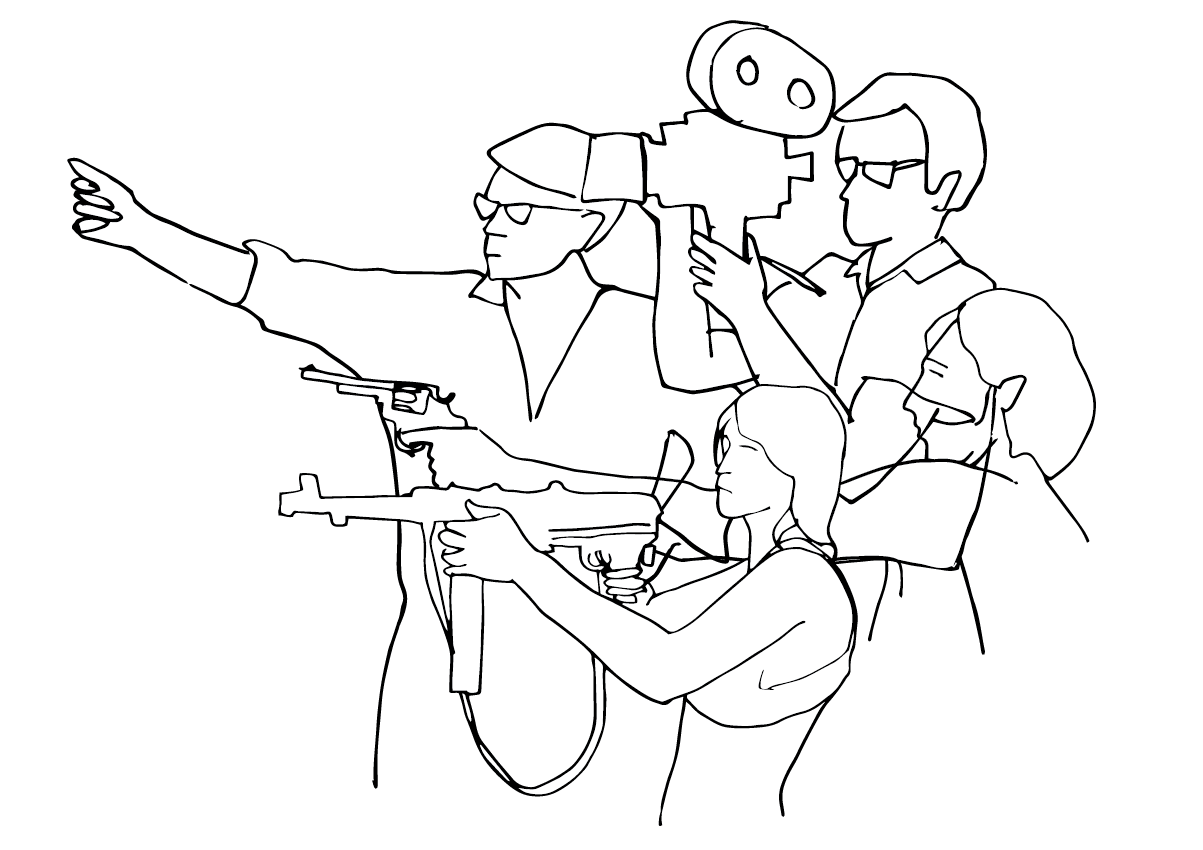 WHAT IS TO BE DONE?

Taking into account the conditions of film system (production, distribution, screening) and the limits of film language and apparatus, how can film support various forms of resistance? Are film potentialities for subversion based in film engagement to visually and verbally describe non-displayable and unspeakable? Does this engagement end in presenting repressed social problems, or film through it could act? The issues of labour and workers remain invisible in today’s reproduction of the ruling ideology of capitalism. However, in what way could film, due to the nature and limitations of the medium itself, make this question visible and whether this act is generally sufficient?

In the “Black film”, a documentary2 film by Želimir Žilnik from 1971, the author gathers homeless people, whose social status is the final result in deprivation of the right to work, and brings them to his home. Although the author is subjected to the same representational treatment as the characters in his film, Žilnik underscores the distance from “them” by different narrative means. He takes up the role of “representative” in the sense that he speaks “for them” by trying to solve “their” problem and by showing the attempt in “his” film. When the film roll runs out, Žilnik frankly admits his attempt ended in failure and that the homeless should split up. The fact that engagement lasts only as long as the film roll, has already been indicated at the beginning: “Novi Sad, Thursday January 29, 1971. It is now about three o’clock in the morning. Here we have found these six people, they have nowhere to sleep tonight, and in this documentary we will try to find them accommodation.” The author is aware of film inability to step beyond its borders and intervene in reality. Accommodation is sought “in the (documentary) film” and not “with the help of (documentary) film.”

Homeless people are not political subjects, they are invisible and mute and unable to reach the city president to tell him the problem. Film jumps in as a kind of representative and political act of “speaking instead”. Film as a representative practices actually subordinates further – speaking instead of the mutes and displaying the invisible, film doubly simplifies them to the object level. Workers of Godard and Gorin’s film take over the factory and take management and union representatives as hostages. They interrupt the problematic chain of representation and directly speak to the news reporters. Film directors wonder how the workers’ struggle can be represented in the film system and from their own position, position of the intellectual who is always outside. According to them a possible answer lies in contextualization and placing it in the wider socio-economic and historical relation. 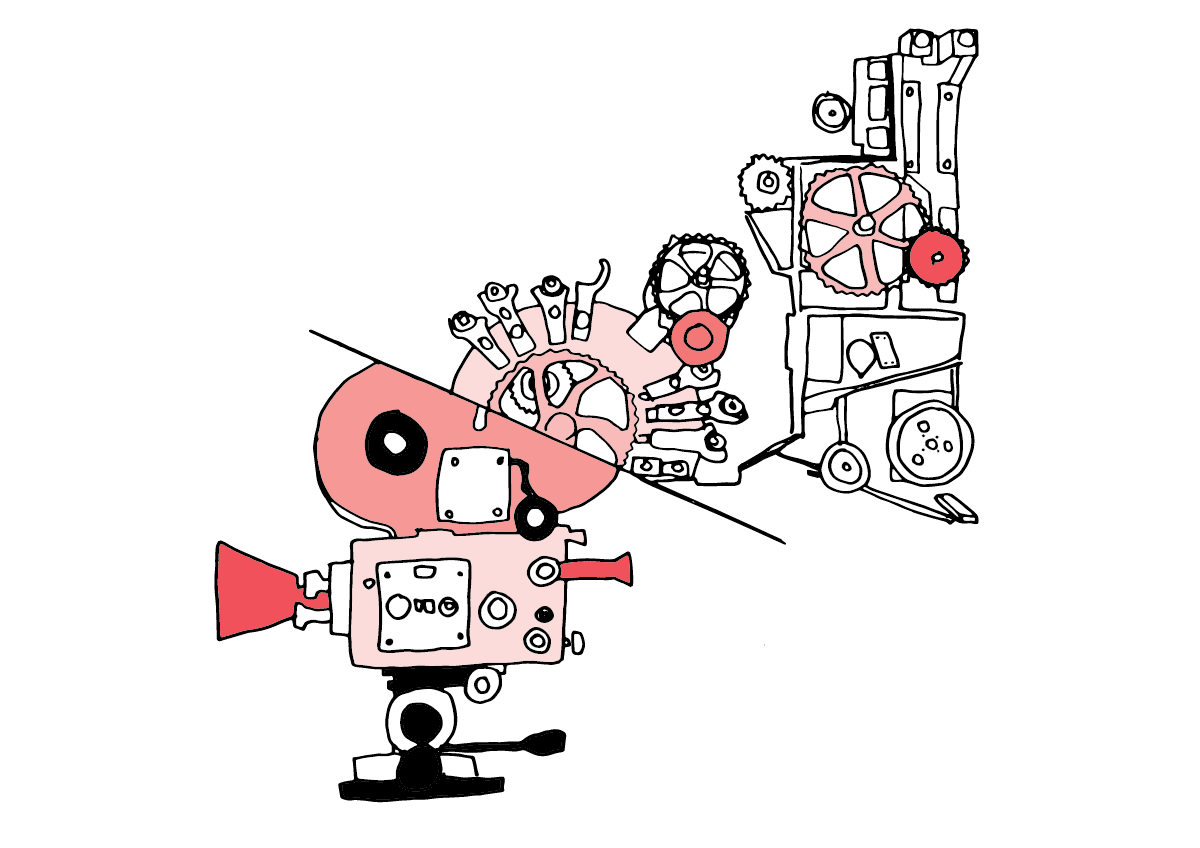 Serbian transition from socialist to capitalist society through privatization process after the year 2000 pushed factories into bankruptcy and deprived workers of jobs. Workers of Zrenjanin drug factory Jugoremedija have not sought representatives. They decided to take care of themselves and their question and participate in all aspects of political speech that were at their disposal. Guided by the slogan “Nothing about us without us” they articulated their problems in a variety of formats. One of them was film4. Renaming of worker into filmmaker who critically approaches representational strategies, learns film craft and takes himself for the subject and object of its activity is affirmative procedure, but it’s followed by uncritical taking over of dominant relations of film production. Films carry an individual signature and yesterday’s worker is now registered as an author in the system of production relations through claiming ownership over the film product. Films do not represent traces of collective decisions and elements of the production process. Distributing them in the system of art (film), such are festivals, they perhaps achieve greater visibility but the question of effect remains unclear. It was revolutionary in the 60’s to give film to the worker in order to get a “new vision”, but today we have to ask whether this vision, given the subject is already ideologically determined according to Althusser, isn’t just another reproduction of ideology.

Both the question of representation and participation are questionable in symbolic system since it is ideologically determined. Any attempt of subversion is being recuperated or disabled. The question of supporting social struggles should not be based on the reproduction of seen strategies within the system, whether they concern new content in old form or new forms per se or other subjects. Emancipation is the only revolutionary strategy and film, just like other arts, carries emancipatory potential rooted in the act of production of subjectivity. To overcome the weaknesses of medium, which are based on the manipulation and ideological reproduction of subject positions, and use it as an open means of emancipation would now mean that the subversiveness should be sought in a constructive yet often neglected elements of the film. One is in production and the other in presentation, the time before the beginning of the film and that after the end of the film, namely the collective work of the film production and collective viewing as the production of the new (collective) subject. Collective making of film requires dialogue and egalitarian decision-making procedures, while film screening gathers the protagonists of a process that film testifies. In both cases film is just an excuse for dialogue and political articulation of subjects who are constituted in collective act of speech and decision-making. Film work is the act of learning: prior to its beginning and after its end film opens up to different potentialities of the new subject.

And finally, if someone asks why film and not some other form of artistic communication, I would paraphrase the authors of guerrilla (third) film – because the film is our front of work and because the birth of a different form of the film, one that is contextualized in historic moment and reviewing it by all available means, for me is the most important art event of our time.

Acting time has passed, time of reflection has just begun.5 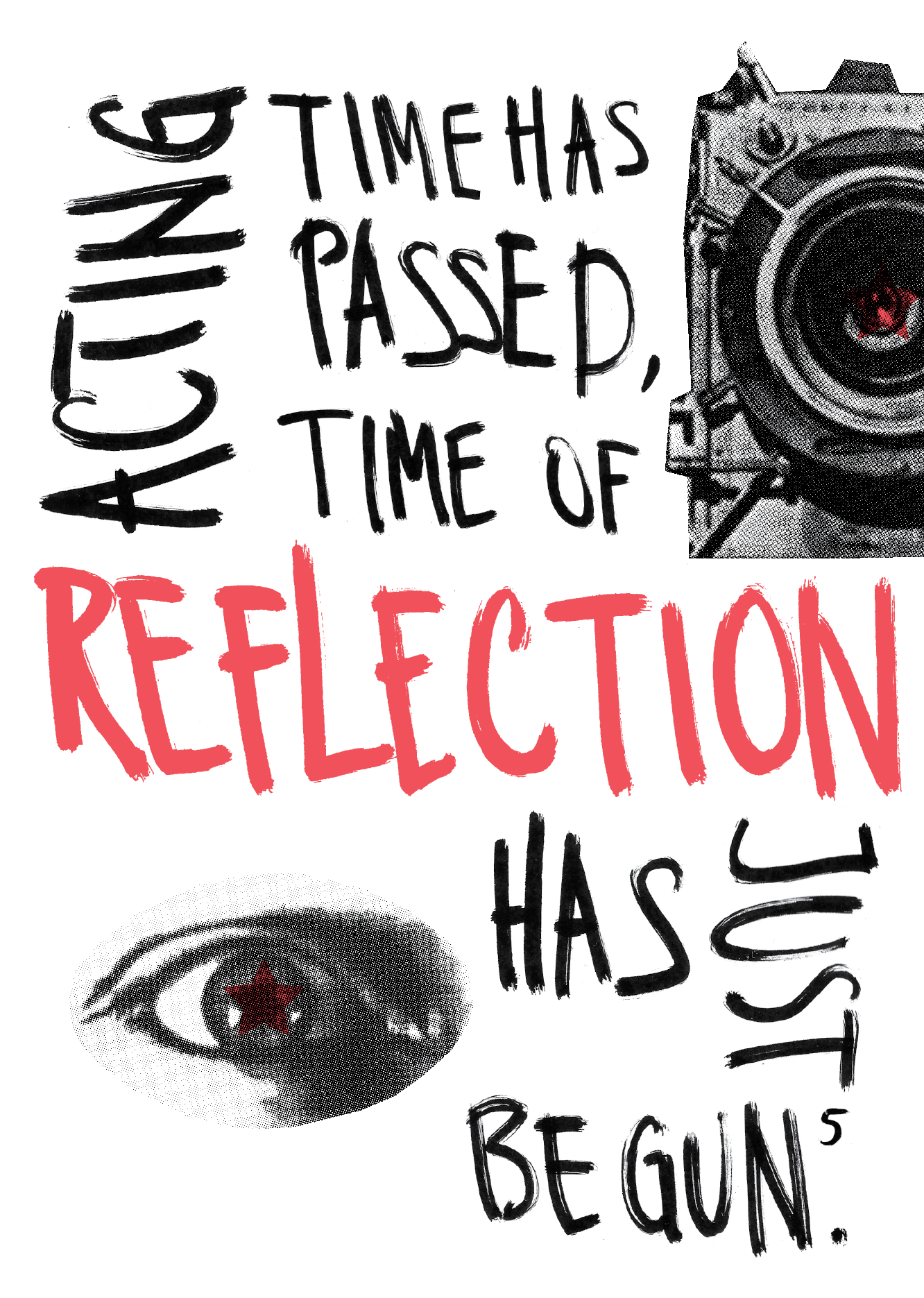 The special edition of The Wall Newspapers, translation of Issue 7, April 2015, Film As a Means: From Representation To Participation, was first published in printing edition produced under the project Artyčok.TV – Close up: Crative Tool for New Criticism, supported by the European Commission for Culture through the programme Culture 2007-2013 and the funds from the budget of the Republic of Serbia – Ministry of Culture and Information.

You can download layout of printing edition in pdf format at this link.